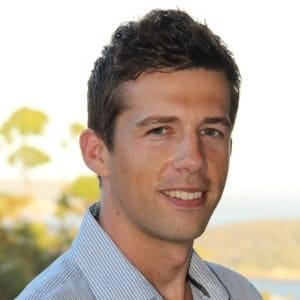 The more Australia establishes a livestock gene bank, the more secure the future of the country’s animal industries will be, according to University of Sydney professor of animal production Simon de Graaf.

The Department of Agriculture, Water, and Environment told Sheep Central that a case report on the cattle gene bank work was about to be completed by CSIRO.

“The Livestock Genetic Bank was an initiative of the previous government and implementation was not given priority by the new government.”

Current Agriculture Secretary Murray Watt has told Sheep Central that his priorities for the agriculture sector will be very familiar with the industry and is seeking advice from the department on the genebank.

“I am already working closely with the industry to make sure I have a solid understanding of the current challenges and look forward to addressing them in the near future.”

Professor de Graaf, like all those working in agriculture, said he was concerned about the serious biosecurity threats the industry regularly faces.

“Frozen genetic resources (sperm, embryos, eggs) offers something of an insurance policy should the unthinkable happen, and Australia suffers a major outbreak.

“There are already large private stocks of frozen semen (and to a lesser extent embryos) for the sheep and cattle industries, so there is a degree of insurance now,” he said.

“However, there is currently no mechanism in place to coordinate these resources in the context of biosecurity disaster recovery, or to what extent they cover genetic diversity and the depth required to recreate traits, breeds, or even specific types of livestock.

Animal gene banks are a major part of disaster recovery plans in all countries that have them.

“We will definitely benefit from owning it.”

A DAWE spokesperson told Sheep Central that the department commissioned the CSIRO business case study in July 2021, but Professor de Graaf said it was “perhaps more fair” to say that it took decades to get to the current stage on the issue.

Both sides have long praised the National Animal Gene Bank as a good idea in principle, but the devil is always in the details: What form does it take? How does it work and who manages it? How much will it cost? How is it funded?

“I am very grateful to former (Agriculture) Minister (David) Little Proud for not putting the genebank in such a difficult basket as in past decades,” he said.

Instead, he put the wheels in motion within DAWE to work toward a solution.

“I am sure CSIRO has done a fantastic job with the report, which has been widely shared and heard from a variety of experiences and opinions both nationally and internationally,” he said.

“There is no doubt that we will soon hear from DAWE the findings of the report and the next steps for the National Livestock Genetic Bank.”

Professor de Graaf said Australia’s biosecurity will always be under threat, so when it comes to securing our genetic resources: there is no time like the present.

“After all, you can’t wait for your house to burn down to get insurance.

“Act now! The sooner we take action, the safer the future of our animal industries will be.”

The National Federation of Animal Genetics, Dougal Gordon, said the discovery of foot-and-mouth disease and lumpy skin disease in Indonesia has triggered a range of preparedness activities by industry and government.

“With the costs of fighting foot and mouth disease alone estimated at $80 billion over 10 years, it is encouraging that both diseases are getting the attention they deserve.

“The National Livestock Gene Bank incorporating the genetics of Australia’s production animals has a distinct advantage, particularly for cloven-hoofed FMD animals (sheep, beef and dairy cattle as well as pigs and goats) and LSD-affected cattle.”

Gordon said the National Animal Genetics Consortium (NLGC) is a $100 million initiative that seeks to double the rate of genetic gain for sheep and cattle through research, development and adoption activities.

“The NLGC task force met recently prior to the current outbreak in Indonesia and therefore did not consider potential genetics related research and development in relation to the National Cattle Gene Bank.

“I have not seen the Commonwealth’s discussions of the National Livestock Genetic Bank, and therefore cannot comment on that.”