I recently read one of the most original, most popular and thought provoking books I have seen in a while Ways of Being: Animals, Plants, and Machines: The Quest for Planetary Intelligence For writer, artist, and technologist James Bridle, I am happy to answer a few questions about his landmark book.1,2

Why did you write Ways of Being: Animals, Plants, Machines?

I am an artist and writer. In the past few years, my practice has focused on ecology and The environmentCreate artwork on the topic of renewable energy and redistribution EnergyLearn how to build material and sustainable things, and try to lead a more mindful and regenerative life. At the same time as I was getting out of town on a small island, I tried to figure out what was useful in what I already knew – technology, the internet, AI—To be included in discussions of the planetary crisis.

ways of being It is one result of this: an attempt to understand where we have gone wrong, how we misunderstand the world, and the other beings in it, and how we deal with them. It’s part of my own process to get out of the place of uncertainty and afraid For one agency and even hope, accompanied, I now find, a whole group of new friends and collaborators. 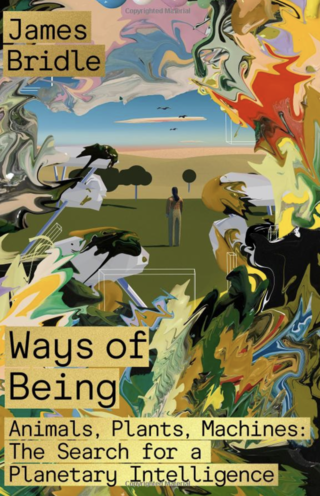 identification intelligence We have used for so long – that is, “what humans do” – woefully inadequate and largely incorrect, especially when they are conceived and propagated by powerful and greedy corporations, whose profit motives and disregard for humanity and the rest of the planet are woven into the code they write . However, in revealing to us the possibility of other types of non-human intelligence, AI opens the door to a reassessment and re-imagining of what intelligence is—something more than being human, and something that not only occurs in our heads, but a quality of our relationships with one another, and perhaps Even a trait arising from the quality of life itself.

Who is your intended audience?

The book is really meant for everyone.

I realized very early on in researching and writing the book that “intelligence” as we usually think of it is not always a useful way of framing how we relate to each other and the world, but it is important to understand how we have always done so. The history of how we evaluate other people’s abilities is key here, so take a look at the ways we judge other creatures’ abilities, from putting monkeys and elephants in front of mirrors to see if they recognize themselves to giving them tools to open doors or find food. Most of these methods turn out to be deeply flawed — in fact, the abilities they are supposed to test vary widely across human cultures, too — but they reveal.

For example, gibbon monkeys have long been considered less intelligent than other monkeys because, in experiments, they refused to use sticks to pick up food or lift cups under which snacks are hidden. But it has been realized that gibbons simply see and experience the world differently because they mostly live in trees: their long fingers are not equipped to pick up objects off the ground, and they pick their tools over their heads. Gibbons are intelligent in all respects, but their intelligence differs because it is embodied: it reflects their lifestyle and the pattern of their bodies, just as it does with all other beings.

Other intelligences differ in much larger ways. Slime molds, for example — strange, single-celled creatures somewhere between fungi and amoebas — can solve complex mathematical problems much faster and more efficiently than humans or our supercomputers. And we don’t really know how they do that, and perhaps we can learn, but we can also recognize this as intelligence and learn from it how to communicate better with other beings when we see that they have their own agency, intelligence, and ways of being in the world.

It turns out that most of our classifications and processes for recognizing potency and intelligence in other creatures, as well as the hierarchy of types and abilities we have built, are fundamentally flawed and harm our mutual understanding and ability to thrive. If we realize this, we can start doing things differently. In the book, I explore ways to build technology that might be more productive, like non-binary and biological computing, delving into the history of cybernetics, crab computers, and random number generation — taking lessons from music, math, and cephalopods along the way. I also suggest that the purposeful realization of this awareness involves the construction of a new kind of Policywho recognizes and trusts the intelligence of other beings, learns from them, and moves forward together.

How is your book different from other books on some of the same general topics?

There is a lot of cultural interest in AI right now, and that’s pretty cool in itself. Why are we so obsessed with technology meant to take us out of work, take over the things we enjoy, and ultimately replace us? Most of the writing on this topic is either the promotion of technology or eschatology full of death.

I take a different path: first, by saying that there is nothing “artificial” in AI; second, by treating this new form of intelligence as a fellow and citizen rather than a potential slave or master; And third, by bringing it into dialogue with all the other minds that surround us, which reveals something new about both our conception of it and the wider world in which it is inevitably entrapped.3

Is there anything else you would like to tell your readers?

Everything is alive, and everything is intelligent. The fear and pain that many of us are experiencing nowadays – whether due to political and social upheaval or the breakdown of our environmental relationships, which are at the heart of the climate crisis – are the result of deeply rooted Western ideas about power, control, and human supremacy, Racism, the distinction between species. But the world knows differently, and by looking outside ourselves, by listening and connecting with the billions of other souls we share the planet with, we can discover new ways of being and doing so can change our perspective, and therefore our ability to change and move forward together.