Jerry and Rita Alter were a nice retired Jewish couple who moved from New Jersey to New Mexico. He was a music teacher who wrote novels on the side, she was a speech therapist, and together they spent their free time traveling the world, from Anguilla to Tahiti. As it turns out, though, no one really knows what changes.

After the couple’s death, antiques dealers and family members searching through their possessions got a surprise: Hanging behind the door is Willem de Kooning’s $160 million painting, “Woman-Ocher,” stolen from an Arizona museum of art three decades ago. And on top of all this, one of Jerry’s short stories happens to be about a similar heist.

Was it a case of art imitation? Art imitating life? A new documentary, “The Thief Collector,” directed by Alison Otto, seeks to sort it all out. The film debuted at South by Southwest in March. Upcoming shows include the Bentonville Film Festival in Arkansas from June 22 to July 3 and the Woods Hole Film Festival in Massachusetts from July 30 to August 6.

“One of the most troubling things was that outwardly they were one-way, and in essence they were completely different people,” said Otto.

Not only was the secret life of the Alters family a shock to them, but to the couple’s nephew, Ron Rosman, whom Rita had appointed as executor of their estate.

“He grew up with these people,” Otto said. “He liked them very much. He thought they were pretty cool. After their death, he slowly realized that not only had they stolen a $160 million painting and kept it secret for 30 years, they might have undertaken several criminal endeavors.”

When The Times of Israel asked Roseman about his aunt and uncle, he said, “They were very interesting, really interesting people. World travellers, intellectuals… Sophisticated people.”

He said of their Judaism, “I’m not even sure if they had a mizuza on their door, probably one of the smaller ones with a parchment on the inside. I don’t even remember seeing it. Inside, they had pictures of a bar mitzvah of their children, maybe a few pieces of Judas, I think.” …they certainly did not hide the fact that they were Jews.” 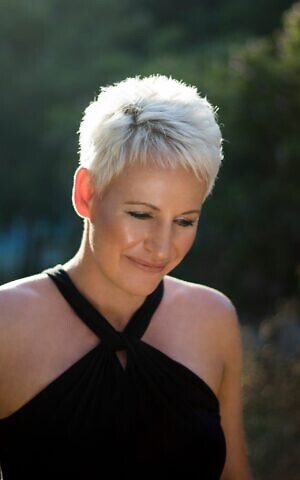 Alters’ children, Joey and Barbara, are mentioned in the movie, but they are not shown on screen. Otto has said that Joey has a mental health condition, and while Barbara provided Otto with family photos during production, she has since died.

Overall, Roseman said, “They always had stories to tell, and my uncle in particular. I think it was very interesting to listen to.”

Regarding the possibility that the couple may have committed other misdeeds, he said, “You know, it’s all guesswork. I always like to say, there are no coincidences, but when there are like 100 of them, it’s hard to ignore.”

A series of fatal errors leads to a jackpot

“The Thief Collector” focuses on the 1985 “Woman-Ocher” theft the day after Thanksgiving from the University of Arizona Museum of Art in Tucson. Roseman’s parents lived in the Tucson area, and Alter had visited them for the holiday.

A live simulation of the robbery is shown, based on first-hand accounts, police reports, and news coverage. Jerry, who wears a fake-looking mustache, and Rita, disguised in a handkerchief and glasses, walk away from an unlikely caper: an art professor visiting the museum takes a long time in the bathroom to notice two of his fellow patrons behaving suspiciously. Rita distracts the employee long enough to run to cut the painting from its frame.

“It was almost comical in the way it was done,” Otto said. “All these blunders had to happen so that these people could make them.”

She paid tribute to the actors who portrayed the couple – Glenn Hurton as Jerry and Sarah Minich as Rita. Howerton’s credits include “It’s Always Sunny in Philadelphia” with Danny de Vito, while Minnich has appeared as Nicolas Cage’s wife in “Running with the Devil.”

“We have been really fortunate to work with both,” Otto said. “It was like winning the lottery.” 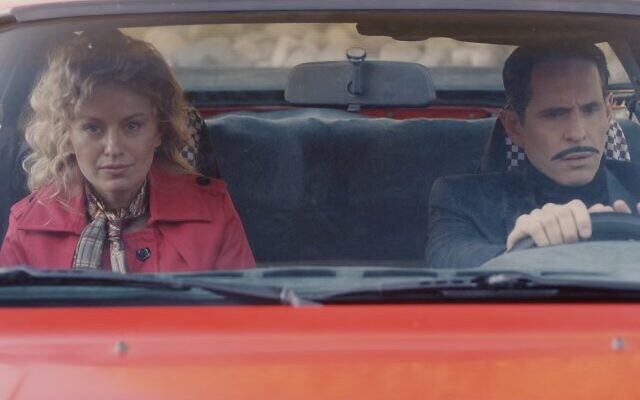 Sarah Minich as Rita Alter and Glenn Hurton as Jerry Alter in “The Thief Collector.” (courtesy The Crane Museum)

Lady Lack helped reunite the painting with the museum after Rita’s death in 2017. (Jerry died five years earlier, in 2012). Roseman was passing through Cliff, New Mexico, with his son, Isaac Roseman, and hired a local firm, Manzanita Ridge Antiques, to appraise a home filled with improbable things inside and out. James Quetara, one of the merchant’s sharp-eyed clients, noticed that a painting from Alters’ house had de Kooning’s signature on it. Bid: $200,000.

“To him, it looked like an original painting,” said Otto. “That’s why he made the offer.”

“I think reality didn’t really start for a while,” Isaac Rosman said. “Once that happened, I said at first, ‘Oh, cool, can that really be true? “The FBI came back to us and said it was really true.”

“In the end, I think what matters is [the antique dealers] Ron Roseman said. “They found out what it was and handed it over.” 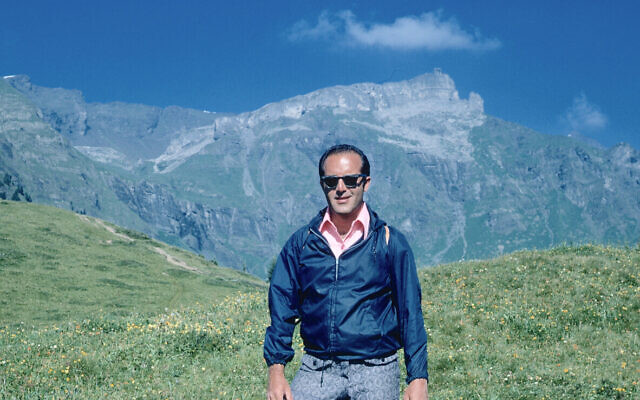 Jerry Alter on his travels around the world in this undated photo. (courtesy The Crane Museum)

There was no smoke gun, but there was an interesting collection of short stories by Jerry, “The Cup and the Lip: Exotic Tales.” Some stories are recreated in the film, including one about an art heist – “The Eye of a Jaguar”, in which a woman and her granddaughter steal the jewel of the same name from a museum. Another story that reflects Jerry’s background as an aspiring jazz musician turned frustrated music teacher. In the fictional version, a struggling musician shocks his friends when he becomes a composer in Hollywood.

Otto described the book not only with Jerry’s voice, but also with his “inner psyche. All the stories, to me, were versions of himself, alone, and his wife.” 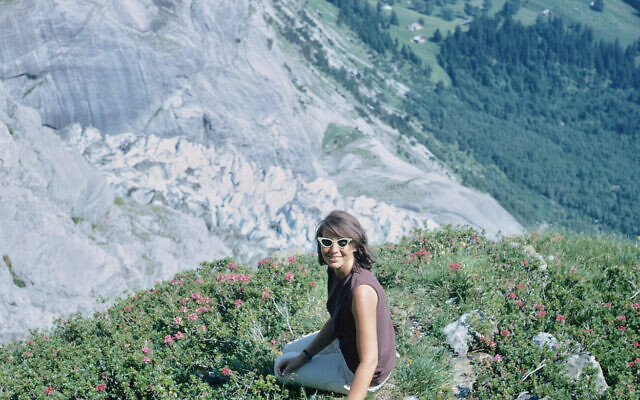 Rita Alter on her travels around the world in this undated photo. (courtesy The Crane Museum)

The book’s title appears to be taken from an English proverb, but in the movie, Isaac Rosman wonders if it really reflects Yiddish.

“The cup and the lips for me are the transmission of thoughts and ideas from mind to mouth. It is the development of narratives that matter to the mind— Glass — as it is communicated to other people by the lips,” he said, invoking the Yiddish word for “head.”

Otto credits Bob Whitman, founder of the FBI’s Art Crime Unit, for providing insight into the collection of short stories: “I agree with him that these stories are a way for Jerry to relive these moments, shedding light on from his life… over and over again And confirm what he did, to do it in such a vague way that people didn’t connect the dots when he was alive.”

The manager left with some lingering questions. 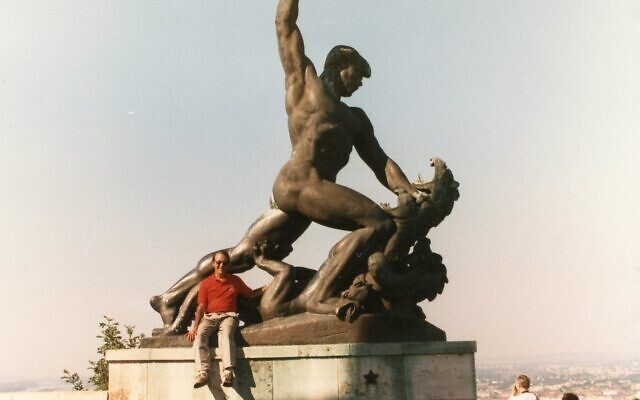 Jerry Alter seated on the Statue of Liberty on Gelert Hill in Budapest, Hungary, in this undated photo. (courtesy The Crane Museum)

“Two retired teachers spent most of their adult lives subsisting on Rita’s salary and Jerry’s,” she said. “The pension was very small. He was a teacher in New York City for only 15 years. Given all the art, antiques, and things that were in their homes, they were taking these lavish trips out of their paycheck, it is very likely that they committed other crimes.”

In one of Jerry’s stories, a jealous husband murders an undocumented Mexican immigrant hired to work in his house, then hides the body in his septic tank. Three-quarters of the way into making the film, Otto learned that Alters hadn’t replaced a septic tank in more than 40 years. You are starting to see this story from a new perspective. 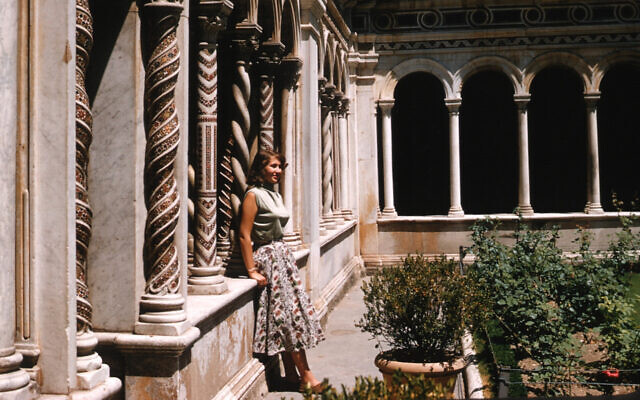 Rita Alter on her travels around the world in this undated photo. (courtesy The Crane Museum)

Otto recalls the plot of the story: “A retired couple moves to New Mexico, builds their house.” Jerry and Rita used undocumented workers in construction [their home in New Mexico]. There is an undocumented factor in the story. And it is very strange that the septic tank has not been changed for more than 40 years, [not] to fix it.

“With the end of her life approaching, Rita became increasingly restless when Ron Rosman told her he wanted the septic tank replaced…Five days after the septic tank was replaced, she died.”

A property investigation is conducted in the movie.

“Woman-Ocher” will be on display from June 7 to August 28 at the Getty Museum in Los Angeles, where it has been restored, before being returned to the University of Arizona Museum of Art in October.