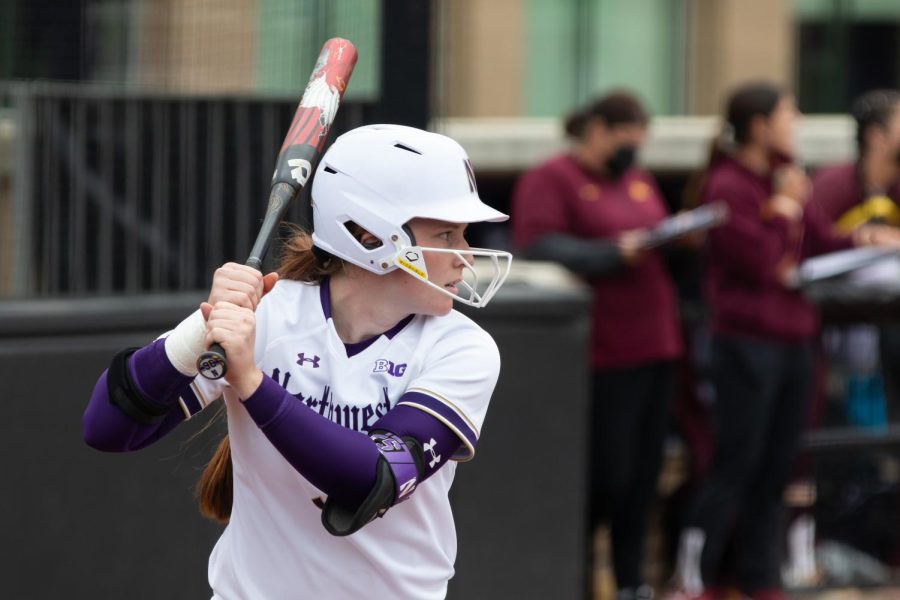 Northwest softball has definitely been busy since February.

It was the season of bumping, jumping, and dancing. a season of record-breaking and abundance in control; A season from graduate Rachel Lewis smashing home runs and a big shot from Danielle Williams carrying the team when it really mattered.

Soon, the road will end. After 14 years without a berth for the Girls’ College World Series, the Wildcats once again struck their ticket to the biggest show in college softball, heading to Oklahoma City. NU will face Oklahoma #1 on Thursday.

But for the Wildcats, the focus isn’t on the Sooners’ dominance this season.

“(We) are thinking about going out there and being ourselves more than anything else,” said chief catcher Jordyn Rudd. “We’ve been doing this all year, and nothing has changed when you get here. It’s the same game and the same everything.”

Every game played at the Women’s College World Championships is tough, no matter the competitor, said coach Kate Drohan. But the number of Oklahoma fans will be unique to the game. Prior to Thursday, Drohan said she had worked to prepare the team to stay focused despite the crowds.

Lewis said NU played in challenging environments year-round, but was “soaked in them” and enjoyed doing it.

The Wildcats took center stage in the first leg last weekend, when they defeated Arizona State at the Tempe Super Regional. However, Lewis said the team had to “roll it up” during Game Three and keep focused, which he plans to do again in Oklahoma City.

NU enters the College Girls’ World Series from a thrilling appearance in Tempe, Arizona, where they rack up two wins to upset the No. 8 Devils. Staring at a 5-0 loss in the third inning of Game Three, the Wildcats stormed back to book their trip to Oklahoma City.

“We’ve been relentless all year, and we’re not going to hold back that way,” Lewis said. “We are not going to lie down and die. We wanted to leave everything on the field, and that is what we did.”

Williams starred in NU in Tempe, playing over 23 out of 26 innings. It has delivered 91% of the Wildcats’ innings in the NCAA Championship, surpassing the rest of the championship field by a double-digit margin.

Drohan acknowledged the conversation about how high Williams ranks, but said everyone on NU knows she’s a “fighter” ready for what lies ahead.

Williams will likely play a major role as the Wildcats take on the Sooners. Oklahoma has the highest batting average in the NCAA, and senior red jersey utility player Jocelyn Allo ranks second nationally in individual batting average. Lewis, Top Ten Player of the Year, and Rodd, who went 4-5 with three from RBI Sunday, are also looking to make their mark in the tournament.

She said she had a feeling this team was special before the season started, and his responses to adversity along the way have only strengthened the team. Now, she said, the Wildcats are ready for the final test against Oklahoma.

“We will give everything we have in battle,” Drohan said. “We’ve played a lot of high-level matches, we’ll be ready for them and give our best.”