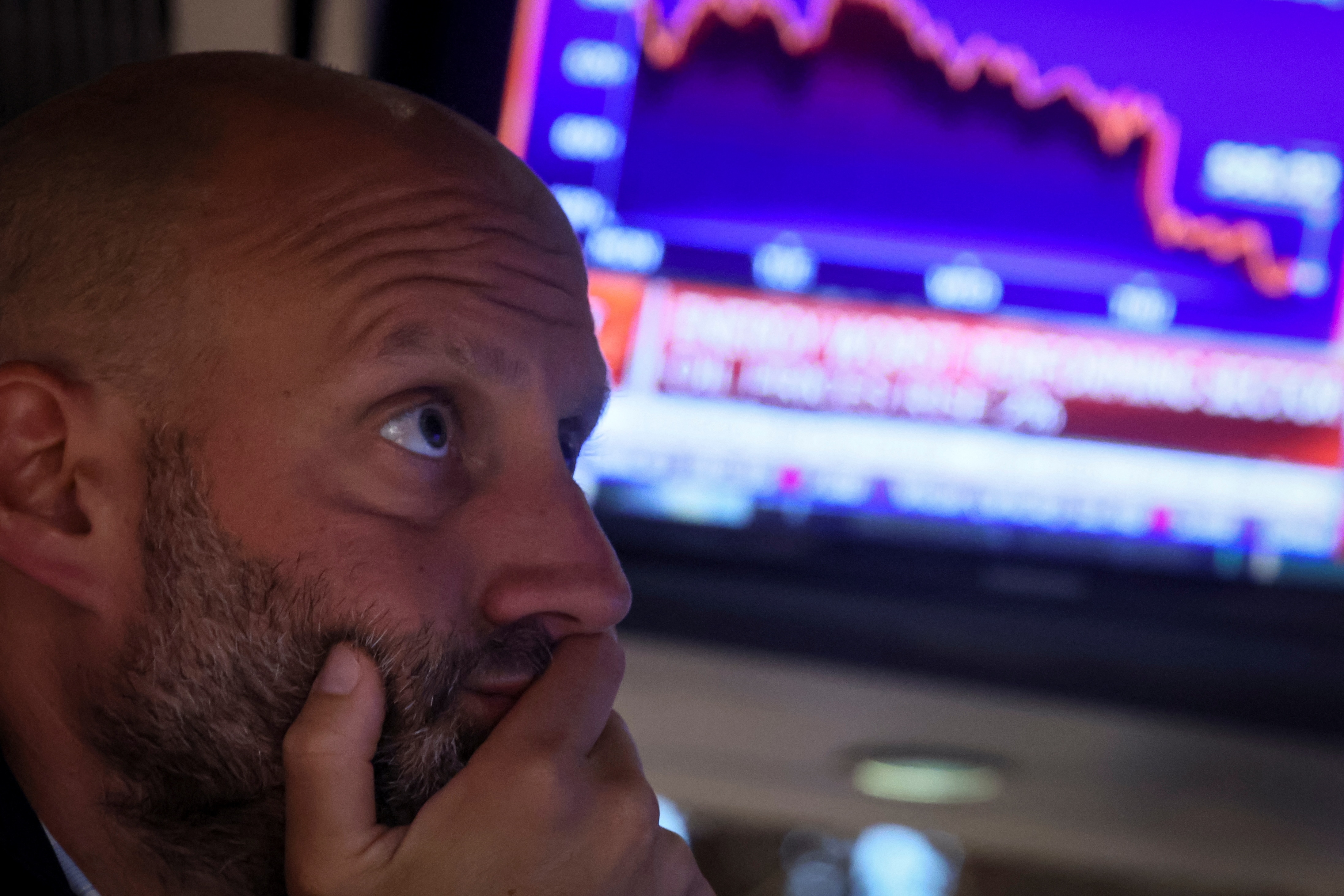 Global stocks have gone through wild fluctuations since Russia invaded Ukraine. They closed on Friday with their biggest weekly drop since the pandemic crash in March 2020, as investors worried that tight monetary policy by inflation-fighting central banks could hurt economic growth.

After a week of strong moves across asset classes, risky assets suffered their worst performance in more than two years as leading central banks doubled down on a tighter policy to tame runaway inflation, fueling investor fears of a slowing global economy.

These market movements underscore the risks of a recession.

Also gaining momentum in recent weeks are bets that the old engine of recession, central banks, will once again be the cause.

India’s S&P BSE Sensex and the broader 30-share NSE Nifty suffered their worst week since May 2020. Both touched their lowest levels in more than one year for the sixth consecutive session of losses, with the leading indexes posting losses of about 5.5 percent each. for the week.

The scale of the crash is similar to the response of financial markets to fears of a global economic recession from the pandemic in 2020, which was rather subtle.

“Inflation, war and shutdowns in China have hampered the global recovery,” Bank of America economists said in a note to clients, adding that they see a 40 per cent chance of a US recession next year as the Fed continues to raise interest rates. .

“We are looking for GDP growth to slow to near zero, inflation to stabilize at around 3 percent, and for the Fed to raise interest rates above 4 percent.”

Expectations soared about how much major central banks would need to tighten policy to combat hyperinflation, rattled global markets and unnerved investors.

The biggest US rate hike since 1994, the first Swiss move of its kind in 15 years, Britain’s fifth rate hike since December, and a move by the European Central Bank to prop up the indebted south ahead of future hikes all took roles in troubled markets.

Investors are preparing for more aggressive and, in some cases, unprecedented tightening moves.

“If the central bank doesn’t move aggressively, yields and risk-taking are on the way to raising rates,” said John Briggs, strategist at NatWest Markets.

“Markets may continually adjust to expectations of higher rates of global policy…as the global central bank’s policy impetus is one-way.”

Federal Reserve fund futures on Friday were pricing in a 44.6 percent chance that US interest rates will reach 3.5 percent by the end of the year, from the current 1.58 percent, according to FedWatch on the Chicago Mercantile Exchange. That probability was less than 1 percent a week ago.

Rising hardening has fueled wild moves in global markets as central banks scramble to undo the monetary support measures that have helped drive asset prices up for years.

Concerns grew that the aggressive Federal Reserve’s rate hike path would push the economy into the recent recession, drawing criticism for stocks — which entered bear market territory earlier this week when the S&P 500 extended its record decline to more than 20 per cent. The index fell 6 percent in its worst weekly decline since March 2020.

Expectations of shifting interest rates have also led to significant volatility in the bond and currency markets.

Overall, according to BofA Global Research, global central banks have already raised interest rates 124 times so far this year, compared to 101 increases in all of 2021 and six in 2020.

The tighter monetary policy comes on the heels of the worst inflation many countries have experienced in decades. US consumer prices, for example, rose at their fastest pace since May 1981.

High rates, high oil prices and market turmoil all contribute to the most severe financial conditions since 2009, according to the Goldman Sachs Index, which uses metrics such as exchange rates, stock volatility and borrowing costs to compile the most widely used indicators of financial conditions.

Tighter fiscal terms may translate into firms and households cutting back on spending, saving and investing plans. According to Goldman, a tightening of conditions by 100 basis points cuts growth by one percentage point in the following year.

“The bolder line on the part of central banks is adding to the headwinds for both economic growth and stocks,” Mark Heffel, chief investment officer at UBS Global Wealth Management, told Reuters.

“Recession risks are rising while achieving a soft landing for the US economy looks increasingly challenging.